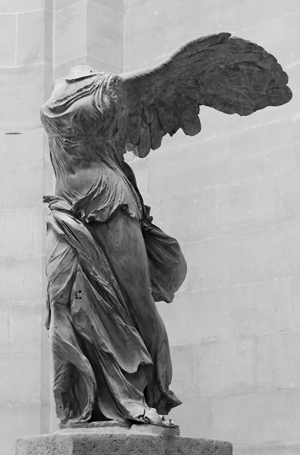 When we think of writing poetry we might remember being young and asked to slot your words and deepest emotions into a form. "Roses are red, violets are blue…" This might make you shudder with unpleasant memories, of struggling with syllable counting and rhymes.


But there are forms out there for a reason. Rhyme and meter are what we call mnemonic devices (words put together in such a way that we are able to remember them better).  And who's bringing the rhyme and rhythm back? Spoken word poets and rappers, that's who. We'll look at two of these in a little while.

Here are a few generalities about form:


Free Verse is lyric poetry that doesn't follow a particular rhyme pattern or metre but varies in its rhythm according to the mood the poet wants to create.

Formal Verse is poetry that follows one of the traditional, named patterns for rhythm, rhyme and stanzas.  Formal verse includes sonnets.

We will discuss Free Verse later...

View the following documents for a better understanding of poetic forms along with a few sample poems illustrating various poetic forms.

Formal verse is poetry that follows one of the traditional, named patterns for rhythm, rhyme and stanzas.  Formal verse includes sonnets.

A type of formal lyric poetry that was developed in Italy in the early 14th century. The sonnet is a form that originated in Italy, and then made its way eventually into English writing. It is a fourteen line poem, with a rhyme scheme, written in iambic pentameter, and its name can be translated as "little song."  The writer Petrarch wrote a series of love poems in this style to a woman he called Laura.  The sonnet form became popular in England in the sixteenth century. Many sonnets deal with the theme of romantic love.  The power and pleasure of nature is also a popular topic.

There are two main types of sonnets, having differing rhyme schemes and traditions: Petrarchan/Italian and Shakespearean.

Italian Sonnet (Petrarchan/ “pete-trarch”): There are two parts, although there are no stanza divisions to separate them.  The first eight lines rhyme: abbaabba; the remaining six lines usually rhyme cdecde, but they may vary, as long as it is the cde combination and the last two lines do not rhyme.

Shakespearean Sonnet: Divided up into three groups of four lines (quatrains) with a rhymed couplet to finish things off.  The rhyme scheme is usually: abab cdcd efef gg.   Typically, the statement of the idea or problem is expanded to twelve lines and the couplet at the end sums up the central theme of the sonnet.  The meter of the sonnet is usually iambic pentameter.

A couplet: Defined as having two successive rhyming lines in a verse and has the same meter to form a complete thought--basically, it is a pair of lines of poetry that are rhymed. There are many ways to write different types of couplets--it could an independent poem, and could be a part of other poems such as sonnets in Shakespearean poetry. If a couplet has the ability to stand apart from the rest of the poem, it is independent and hence it is called a closed couplet. A couplet which cannot render a proper meaning alone is called an open couplet

One of the commonly used couplet examples are these two lines from William Shakespeare’s Hamlet.

“The time is out of joint, O cursed spite
That ever I was born to set it right!”

Here is one of the most famous Shakespearean Sonnets:
Sonnet XVIII " Shall I Compare Thee To A Summer's Day?" 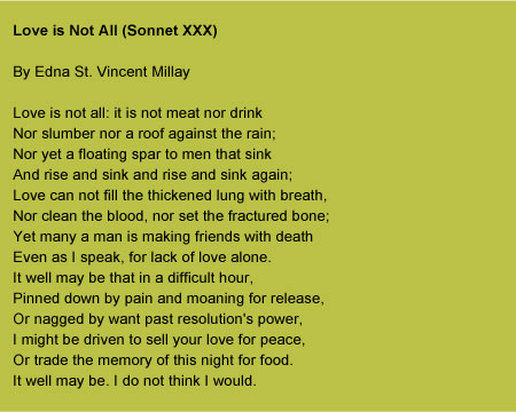 To the left is an example of a Shakespearean sonnet, following a specific rhyme scheme. Can you identify this, via letters? i.e., a/b/a/b…

If you look closely at most sonnets, what they attempt to do is to start with a larger idea, and then become more personal, and nearing the end of the poem, in a rhyming couplet, this opening statement is often refuted or clarified. This is called "the turn" or a volta.

What does this last couplet do for the rest of this poem?

Sonnets are evolving creatures in the poetic world. Many American poets such as Gerald Stern have taken liberties with it, adhering only to the 14 line format, while David McGimpsey, a Montreal-based writer, has been writing what he calls "chubby sonnets," which are 16 lines long, and do not employ rhyme. The lines are roughly of similar length.
Poetry Writing #18: The Sonnet

The poems that we see more often, and the ones we hear at poetry readings, are frequently written in open forms. This does not mean that poets just put down any old words in any old order; no, they are often deliberately shaping the words on the page towards a specific purpose.
A line in poetry has been called "a unit of attention" and this is an apt description, especially when it no longer fits into a syllabic count or a specific shape requirement.

Free verse involves decisions, because there is no real form to slot the words into; rather, a choice needs to be made as to where you want your lines to end.

Free verse was a reaction against the restraint of form; this began roughly a hundred years ago, when the modernists challenged the former styles and modes of poetry and created newer, more direct ways of delivering their words, much of it focused on image.

Here are two other effects that line lengths and stops can have:

Long lines tend to make the reader read quickly, therefore it can be used well for poems that have quick movement, or that you can sink into and be awash in rich language.

Short lines tend to make a reader slow down as a poem is read. And complete sentences, with periods or semi-colons to punctuate them, are convincing for the reader. They are compelling, and can bring an emphatic tone to a poem.


Free Verse poetry has:
(**do not confuse free verse with BLANK VERSE.  Blank verse does not rhyme, but it does follow a regular rhythm--iambic pentameter.)

Can you let yourself go enough to write such a poem? Can you loosen your grip on what's allowed in a poem, and really let it rip? See if you can enter into this zone of freedom.
Poetry Writing #19: Free Verse

Begin with one of these lines:

What this day holds
If I could
Because it's

…and write a poem in free verse. Make it as long or as short as you need. Use enjambment to its full potential.

We write in order to explain ourselves. Sometimes that's only to ourselves; some writers will tell you that they often began writing secretive journals, never meant for anyone else but themselves, while more extroverted writers might have begun writing in order to share their feelings with others. Whatever the impetus, the fact remains that our identity can shine through the words that we string together. In some art forms, this is at the forefront. Take hip-hop, for example. In music that includes rapping, there is much focus on the rapper him or herself…to build a reputation, to hold their own in the culture and create envy, to forge an identity…often they portray a person who's come from nothing to having everything, and their music documents this change.
...OR...Perhaps you want to create a narrative of your life.  Narrative poetry is a hugely popular type of poetry. Basically, it's when a writer tells a story through poetry rather than prose. It can be more conversational, less formal, and is often more "hospitable."