4.1
Women & Social Justice: Why Should We Study Women's History?

Activity 1: Why Should We Study Women's History?

Click anywhere on the Padlet below to express your ideas on one of the following questions.
Created with Padlet

The following poem is based on true events. 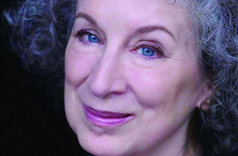 Margaret Atwood was born in 1939 in Ottawa, and grew up in northern Ontario and Quebec, and in Toronto. She received her undergraduate degree from Victoria College at the University of Toronto and her master’s degree from Radcliffe College.

Margaret Atwood is the author of more than forty volumes of poetry, children’s literature, fiction, and non-fiction, but is best known for her novels, which include The Edible Woman (1969), The Handmaid’s Tale (1985), The Robber Bride (1994), Alias Grace (1996), and The Blind Assassin, which won the prestigious Booker Prize in 2000. Her latest work is a book of short stories called Stone Mattress: Nine Tales (2014). Her newest novel, MaddAddam (2013),is the final volume in a three-book series that began with the Man-Booker prize-nominated Oryx and Crake (2003) and continued with The Year of the Flood (2009). The Tent (mini-fictions) and Moral Disorder (short fiction) both appeared in 2006. Her most recent volume of poetry, The Door, was published in 2007. In Other Worlds: SF and the Human Imagination, a collection of non-fiction essays appeared in 2011. Her non-fiction book, Payback: Debt and the Shadow Side of Wealth was adapted for the screen in 2012. Ms. Atwood’s work has been published in more than forty languages, including Farsi, Japanese, Turkish, Finnish, Korean, Icelandic and Estonian.


Source: http://margaretatwood.ca/biography/
Image Source: http://www.poetryfoundation.org/uploads/authors/margaret-atwood/448x/margaret-atwood.jpg
"Half-Hanged Mary" Analysis & Looking at HERstory
Meaningful poems take the reader to a new place of knowing, seeing, or understanding - like Alice down the rabbit hole.
A) Analyze the Journey:
Where does the poem take you, both literally and figuratively.  List any themes that arise from the poem. What thoughts linger in your mind as the poem concludes? How has the poem challenged, informed, or inspired you?
• Theme - The nugget of meaning; the vision, the life-lesson, the observation, or universal truth about life and/or the human condition that can be made based on the experience of the poem.
• Reflective Thought - The essence that lingers after the poem's end / What remains to ponder / What has challenged, inspired, or astonished the reader / how the poem changed, enlarged, or enriched you as a reader. How does the poem resonate with you?


B) Analyze the poem in terms of its Complexity
• Meaningful poems have richly embedded layers of meaning and evoke a myriad of thoughts, feelings, and responses.
• Meaningful poems invite the reader to enter into the poem and to add their own life experiences and imagination to the interpretation of the poem.
• Meaningful poems are literal and figurative, real and surreal, grounded in the every day, and yet through metaphor and symbolism they transcend into areas of thoughtfulness and contemplation.
• Meaningful poems have Implicative Lacunae - a Greek term meaning to have multiple layers of reception and perception. In other words, the best poems are multi-layered and can be perceived and received by readers in a variety of ways to offer many different interpretations and emotional and intellectual responses.  Do you notice any puns? Juxtapositions? Double meanings? Meaningful symbolism or metaphorical language? 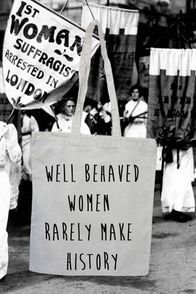 C) HIStory (HISTORY) VS. HERstory
In the Cambridge Companion to Margaret Atwood (2006), Coomi Vevaina writes, "Our desire for sensationalism causes women like Grace Marks to find their way into essentially male bastions of history, but others  with equally interesting pasts disappear without a trace.  Salman Rushdie (1995) also astutely observes:
History is natural selection. Mutant versions of the past struggle for dominance; new species of fact arise,and old, saurian truths go to the wall, blindfolded and smoking last cigarettes. Only the mutations of the strong survive. The weak, the anonymous, the defeated leave few marks: field-patterns, axe-heads, folk-tales, broken pitchers, burial mounds, the fading memory of their youthful beauty. History loves only those who dominate her: it is a relationship of mutual enslavement.

Women were often left out of history as a result of ideological positions of those doing the chronicling of history.   Social history, which relies on the stories of all people (rich and poor, powerful and powerless), includes a wider range of primary sources such as oral histories, letters, photographs, diaries, and cookbooks. Inclusion of these artefacts recognizes that history is a record not just of laws and wars, but of the everyday lives of people in a society.
References: